Spooky alignment of quasars across billions of light-years 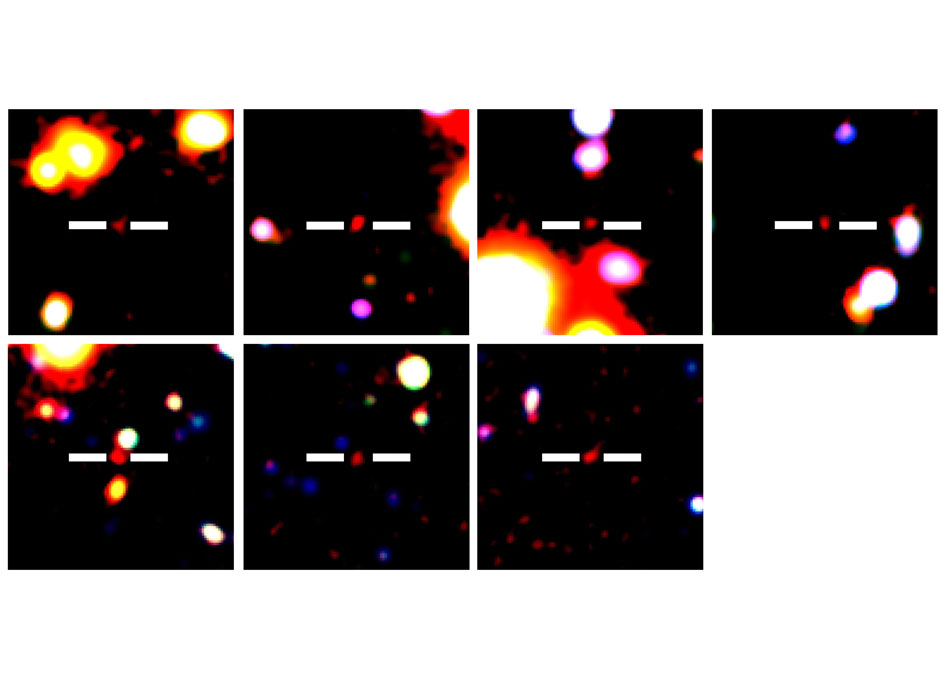 
New observations suggest that galaxies align with each other across vast reaches of space-in a manner that astronomers had expected, but more so, a report said.

The work indicates that over distances of billions of light-years, certain types of super-bright galaxies tend to spin along the same axis. A light-year is the distance light travels in a year.

Astronomers attribute the alignments to characteristics of the large-scale “cosmic web,” in which galaxies overall tend to group themselves into a structure that resembles a kind of web stretching out in all directions.

A closer look at this web reveals countless galaxies arranged along structures that can be described as filaments, sheets and clumps.

The direction of the galaxy's spin axis, according to the new findings, often follows a filament that the galaxy inhabits.

Previous studies had detected similar sorts of alignments for normal galaxies, but on smaller scales, and less straightforward sorts of alignments. Astronomers attribute the alignments to the ways that galaxies build themselves in the first place by accumulating smaller objects.

In the new study, researchers using the European Southern Observatory's Very Large Telescope in Chile studied quasars, galaxies with extremely bright centers due to the presence of black holes voraciously gobbling up nearby objects.

A black hole is an object so compact that its gravity sucks in anything that strays too close, including light. Many galaxies are believed to contain a giant black hole at the center. A black hole itself is invisible, but its feeding activities create violent distortions of nearby material that cause it to heat up and give off light. Quasars can shine more brightly than all the stars in the rest of their host galaxies put together.

Quasars are surrounded with spinning discs of extremely hot material, some of which often spouts away in long jets along their axes of rotation.

A team led by Damien Hutsemťkers from the University of LiŤge in Belgium used an instrument on the telescope called FORS to study 93 quasars that were known to form huge groupings spread over billions of light-years. The galaxies are so far away that they are seen as they existed when the Universe was about one third of its current age. That's because light takes time to get here.

“The first odd thing we noticed was that some of the quasars' rotation axes were aligned with each other-despite the fact that these quasars are separated by billions of light-years,” said Hutsemťkers.

The findings also suggest that the quasar spins tend to follow the large-scale structures they inhabit. So, if the quasars are in a long filament then the spins of the central black holes will point along the filament. The researchers estimate that the probability that these alignments are simply the result of chance is less than 1 percent.

Computer simulations of the universe had revealed similar alignments, but on smaller scales, said study collaborator Dominique Sluse of the Argelander Institute for Astronomy in Bonn, Germany and University of LiŤge. The discrepancy “may be a hint that there is a missing ingredient in our current models of the cosmos,” he added.

The team couldn't see the spin axes or the jets of the quasars directly. Instead they measured the “polarization” of each quasar's light. Light is “polarized” when its waves oscillate in the same direction. For 19 quasars, the researchers found significant polarization. They used this along with other information to deduce the angle of the disc of material falling into the black hole, and in turn the spin axis of the quasar itself.

Why the alignments at all? Most objects in space, including galaxies, tend to spin because they form by accumulating, through gravity, smaller objects. These are usually moving with respect to each other. These motions affect the final, merged object by making it spin, and it won't stop unless something specifically stops it.

Astronomers believe that the galactic alignments occur because of the ways filaments formed in the first place: they obtained their material presumably because it flowed toward them, not away from them or along them. Some consistency in the direction of this flow could be expected to lead to a corresponding consistency in the spins of the various galaxies.

The spin axis will tend to be at right angles to the direction that material is flowing toward a galaxy as it builds itself, according to writings by Elmo Tempel of the Tartu Observatory in Toravere, Estonia, and Noam Libeskind of the Leibniz Institute for Astrophysics in Potsdam, Germany, who have conducted earlier studies on galactic alignment.

The new study was published on Nov. 19 in the journal Astronomy and Astrophysics.