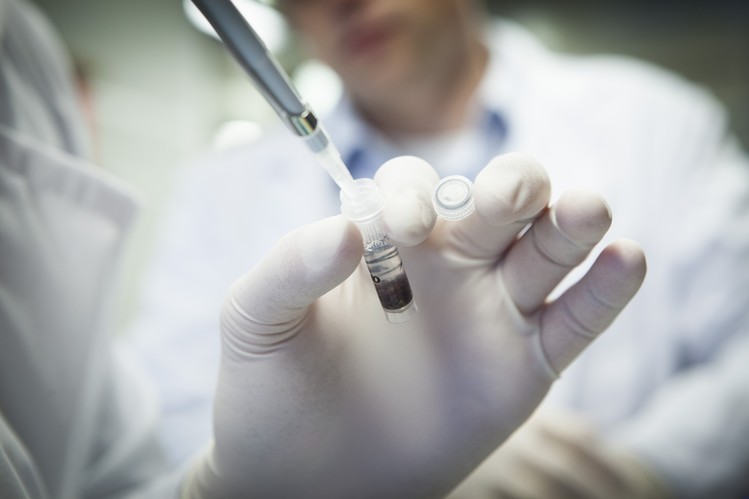 Forget the five-million plus commuters and untold number of rats-many of the living things crowded into the New York city subway system are too small to see.

An interest in the more menacing among these microbes led high school student Anya Dunaif, a participant in Summer Science Research Program at Rockefeller University in New York, to spend a vacation swabbing benches and turnstiles beneath the city. Among her findings: bacteria impervious to two major antibiotics.

The initial results are described in a paper published this week in the research journal Cell Systems.

“There's no question, high school students can do legitimate primary research,” said Jeanne Garbarino, director of Rockefeller's Science Outreach Program. She stressed that Dunaif and fellow student-researchers didn't know what they would find when the project began.

The samples Dunaif collected and cultured in five stations are a component of a citywide environmental DNA sampling effort led by Chris Mason, an assistant professor at Weill Cornell Medical College in New York. The project, called Pathomap, seeks to profile the city's microbial community, or microbiome, while also capturing DNA from other organisms, all of which could be used to assess health threats.

With help from fellow high school student researcher Nell Kirchberger, Dunaif collected the bacteria on swabs and tested to see if they would grow in Petri dishes containing three commonly used antibiotics. Bacteria from five of the 18 swabs she tested grew in spite of the presence of either ampicillin or kanamycin, and in one case, both, the paper reported. None seemed resistant to a third antibiotic, chloramphenicol.

Antibiotic resistance-the ability of disease-causing bacteria to withstand chemicals used to kill them off-can make a once treatable infection more serious, even life threatening. A natural consequence of evolution, and the widespread use and misuse of antibiotics, resistance is increasing worldwide.

Joining her on the continuing search for drug-resistant bugs are Anya Auerbach, a senior at the Ethical Culture Fieldston School, and Will Lounsbery-Scaife, now a freshman at New York University. (Kirchberger has since returned to California.) Both took on their own projects over the summer, although their work was not included in the current Pathomap publication.

Lounsbery-Scaife spent his summer swabbing water fountains in Central Park. The sequencing results aren't complete yet, but the experience, he said, has given him a better understanding of the scientific process, not just the results.

In addition to antibiotic-resistance, Pathomap's surveys also turned up fragments of DNA that correspond to well-known disease causing microbes, including plague and anthrax bacteria. However, the authors note, microbes that left behind this DNA don't appear to be causing widespread disease; instead they may simply represent normal inhabitants of urban infrastructure.