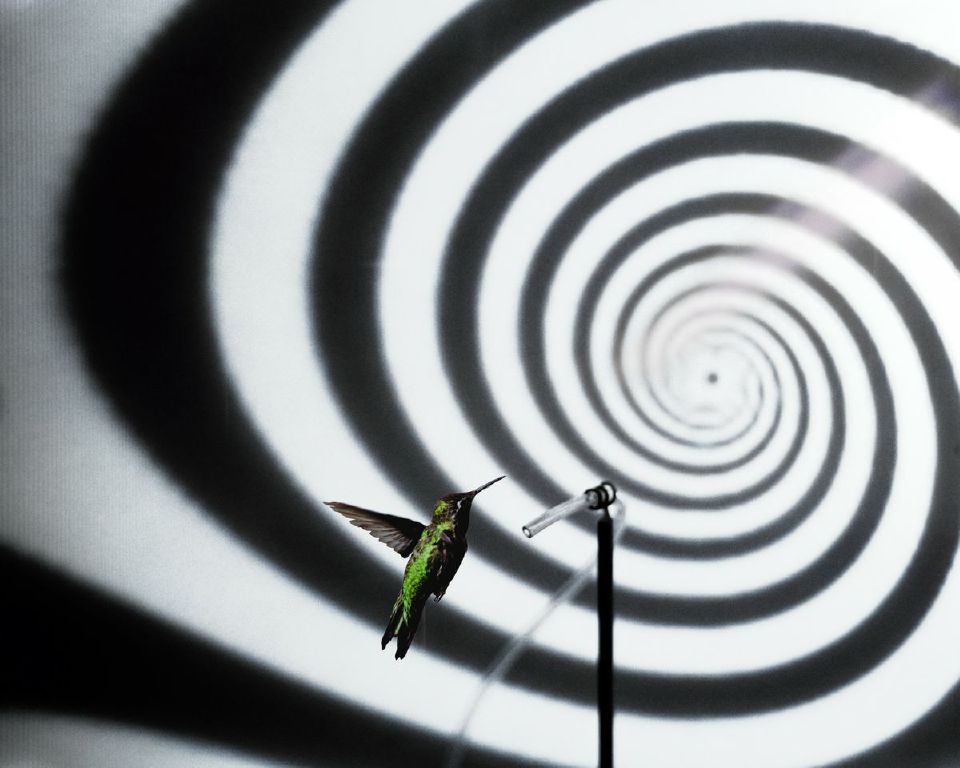 Hummingbirds' remarkable ability to hover in place depends on a motionless field of view presenting itself to the tiny, nectar-feeding birds, according to new research.

The researchers projected moving spiral and striped patterns in front of free-flying hummingbirds trying to feed from a stationary feeder. Even minimal background pattern motion caused the hummingbirds to drift, according to the findings, published in the journal Proceedings of the National Academy of Sciences.

Giving the birds time to get used to the situation didn't help them, the scientists found. Projecting a combination of moving and stationary patterns in front of the birds didn't do much good either, though the birds were able to regain some stability.

Photos and video of the hummingbird experiment are available here.

“We were very surprised to see how strong and lasting the disruption was-birds with hovering and feeding abilities fine-tuned to the millimeter were off the mark by a centimeter,” ten times as much, said Goller. “We think the hummingbird's brain is so precisely wired to process movement in its field of vision that it gets overwhelmed by even small stimuli during hovering.”

“Our brains interpret visual motion based on our current circumstances,” added Altshuler. “We react very differently to sideways movement in a parked car than while driving. Now we want to investigate how birds use vision during transitions from mode to mode, for example as they move from hovering to forward flight.”