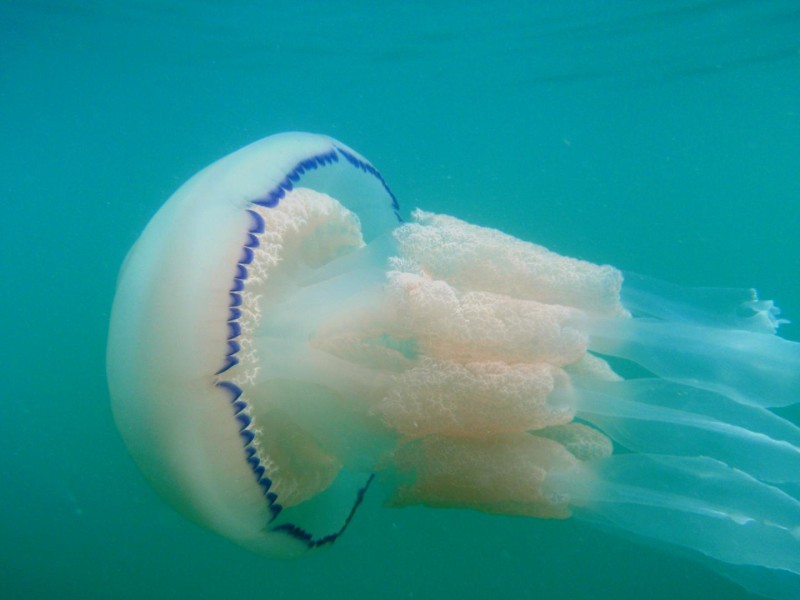 It may seem hard to think of a more soulless-looking animal than a jellyfish-but these critters may be more willful than we give them credit for, a study finds.

According to the research, at least some jellyfish can swim strongly against a current, though they may seem to be just drifting idly.

“They are incredibly advanced in their orientation abilities,” said Graeme Hays of Deakin University in Australia, one of the investigators. They're “not just bags of jelly drifting passively.”

The study looked at free-ranging barrel-jellyfish and is reported in the journal Current Biology on January 22.

The researchers tracked the movements of the jellyfish with GPS loggers and used GPS-tracked floats to record the current flows. They also watched the swimming direction of many jellyfish at the surface.

The data show that jellyfish can actively swim at counter-current in response to drift, the researchers report. They add that their model of the jellyfishes' behavior, together with ocean currents, helps to explain how jellyfish are able to form blooms including hundreds to millions of individuals for periods up to several months.

It's not yet clear exactly how the jellyfish figure out which way to go. The scientists say the animals might detect current across their body surface, or might indirectly assess the direction of drift using other cues, such as the Earth's magnetic field or infrasound.

Understanding the distribution of jellyfish in the open ocean may be useful for predicting and avoiding troublesome jellyfish blooms, the researchers added.

While jellyfish play an important role in ocean ecosystems as prey for leatherback sea turtles and other animals, Hays notes, they can also clog fishing nets and sting beachgoers. “Now that we have shown this remarkable behavior by one species, we need to see how broadly it applies to other species of jellyfish,” Hays said. “This will allow improved management of jellyfish blooms.”