SIToolBox, a new software package developed for estimating the isotropy violation in the CMB sky.

Can you please describe the broad field of your research?

Cosmology is the study of a combination of the natural sciences, particularly astronomy and physics, to understand the universe as a whole. In the standard model of cosmology, all the matter and energy were created during an event called Big Bang about 14 billion years ago. Then the universe started expanding and slowly created all the structures within. The universe almost took 371 000 years to cool down. The matter became neutral, and it allowed the light to travel freely through the Universe.

Over the period of time the primeval intensity of radiation has considerably weakened and the energy of the radiation decreased. Today we can detect the light in the microwave and it is known as Cosmic Microwave Background (CMB).

CMB was first theoretically predicted by Ralph Alpher and Robert Herman in 1948. Later, in 1964, US physicist Arno Penzias and radio-astronomer Robert Woodrow Wilson accidentally observed CMB while they were working on Holmdel Horn Antenna. They estimated its temperature to be around 3.5 K. Today the most accurate measurement of CMB places the CMB temperature to 2.726K.

CMB provides astronomers the earliest blueprint of the universe, the closest possible time to the Big Bang detectable through electromagnetic radiation (light). It is currently one of the most promising ways we have for understanding the birth and evolution of our Universe. This makes the research in CMB challenging and equally exciting. The 15 meter Holmdel horn antenna at Bell Telephone Laboratories in Holmdel, New Jersey is shown in the left bottom. Arno Penzias and Robert Wilson accidentally discovered the cosmic microwave background radiation in 1962 while trying to remove a constant noise background from the signal. They were awarded the 1978 Nobel prize in physics. In the left top, right top and the right bottom shows COBE, WMAP and Planck satellite which are the milestones in the history of CMB observation. In the middle, we have shown the expansion history of the universe - starting from Big Bang to the Present time.

Describe the problem that you are solving?

Theory predicts that CMB is statistically isotropic (SI), which means the intensity of CMB is statistically the same from all the direction of the sky. The standard model of cosmology relays on this assumption. Therefore, the SI properties of CMB have been under intense scrutiny. NASA's WMAP-7 mission detected some SI violations in CMB. However, later it was found to be an instrumental artifact.

Even if the intrinsic CMB is SI, there can be various sources of SI violations in measured CMB. Firstly, we are measuring CMB from our solar system in our galaxy, which has a velocity with respect to the CMB rest frame. Therefore, the Doppler boost of the CMB will introduce SI violation. Different observational artifacts like scan patterns of the CMB experiments; asymmetric beam patterns due to unavoidable side lobes; masking of point sources, galactic plane, a bright region like LMC, SMC; anisotropic noise patterns of the detector, may introduce the isotropy violation in CMB. SI violations in the CMB sky may also arise due to non-standard theoretical models. Whatever be the source of SI violation, its important to develop a proper data analysis technique that can measure the SI violation in CMB. The graphs show statistical isotropy (SI) violation signals discovered by different instruments in WMAP-7 year data. If there were no SI violation then all the points would have been zero. Later it was found that the signal that was detected actually came from some observational artifact.

What are the new results from your research?

Presently there are multiple methods for measuring the SI violation in the CMB sky. One of the highly recognized techniques is the Bipolar Spherical Harminics (BipoSH) method proposed by Hajian, Souradeep in a 2003 Astrophysical Journal (ApJ) paper. Since then several developments have been done in the BipoSH formalism.

In this particular research, we develop the CMB SI violation measurement package, known as SIToolBox, which can estimate the isotropy violation in CMB sky using BipoSH formalism. Previous SI violation detection algorithms used bias subtraction methods while accounting for the masking and anisotropic noise, etc. However, those may lead to errors. SIToolBox, uses a completely Baysian technique to measure the SI violation in CMB sky, which is very accurate than the previous techniques.

We use SIToolBox for measuring the isotropy violation on different simulated data set where a very small amount of SI violation signal has been injected in the presence of high instrumental noise and masking. Our algorithm can very accurately estimate the injected signal. This shows the efficacy of the algorithm.

SIToolBox also contains modules to predict the dipole modulation and the Doppler boost signal from the CMB sky. The package has been made public through github. 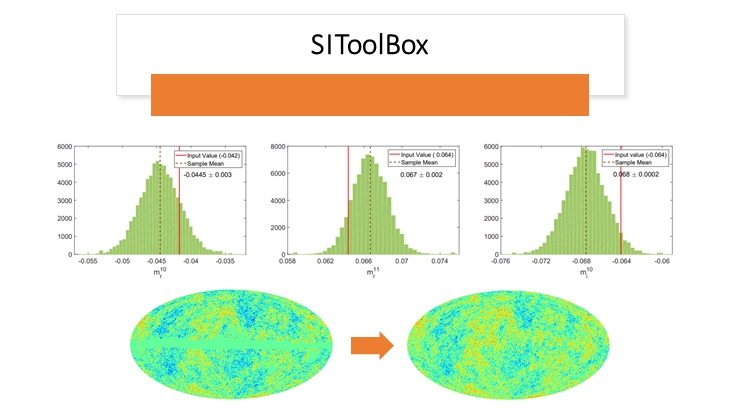 An application of SIToolBox for Dipole modulation estimation. The red solid line shows the injected signals and the dotted lines show that recovered signal from the noisy skymap. In the bottom, we have shown the input map to SIToolBox. Some of the parts are masked there. In the output, we can also recover the masked parts of the input maps.

Say something about your team who were involved in developing SIToolox?

The package has been developed by myself, Santanu Das. The project was started while I was in a Ph.D. The initial algorithm of the project was proposed by prof. Benjamin Wandelt at IAP and coordinated by prof Tarun Souradeep. We work on the algorithm and the first article on this research was published in the Journal of Cosmology and Astroparticle Physics (JCAP) in 2015.

After Ph.D., I joined in a joint position of the University of Wisconsin, Madison and Fermilab as a postdoctoral researcher for Tianlai project. While in postdoc I also worked on CMB SI violation and developed the algorithm further. The code is restricted and rewritten to create SIToolBox. The work is published in Monthly Notice of Royal Astronomical Society (MNRAS). This is the first software developed for measuring the isotropy violation of the CMB sky using a completely Bayesian technique.

The software package is written in Fortran 90. Initially, the parallelization was done using a distributed architecture in Mpi. However, later it was replaced using an OpenMP architecture. The package contains different standalone codes and callable subroutines which can be run directly or used by software developers as a function in their codes.

What is your future goal?

Presently SIToolBox can only be used for testing the isotropy violation in CMB temperature on simulated maps. Measuring the SI violation from the real cosmological data using SIToolBox is an interesting and important future project.

However, recently we also got the CMB polarization maps. SIToolBox package can be used for testing the SI violation in CMB polarization, and many other fields of astronomy. In most of the cases, we either need a very little or no modification in the present version of SIToolBox.

Different intensity mapping surveys, like Tianlai, HIRAX, FAST, GBT, etc. are either mapping or planning to map the 21 cm sky signal. Therefore, SIToolBox can be used directly to analyze the intensity mapping data in the future, which will help astronomers to understand the true shape of the universe. 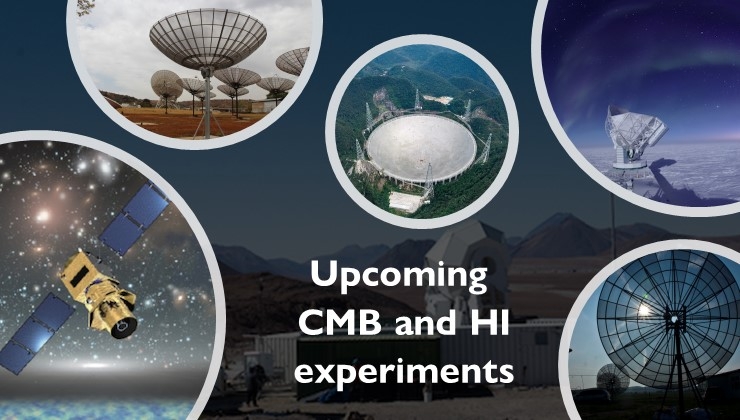 Different upcoming CMB and HI intensity mapping experiments, where SIToolBox can be used for testing the SI violation in the universe.

Cite this Page as 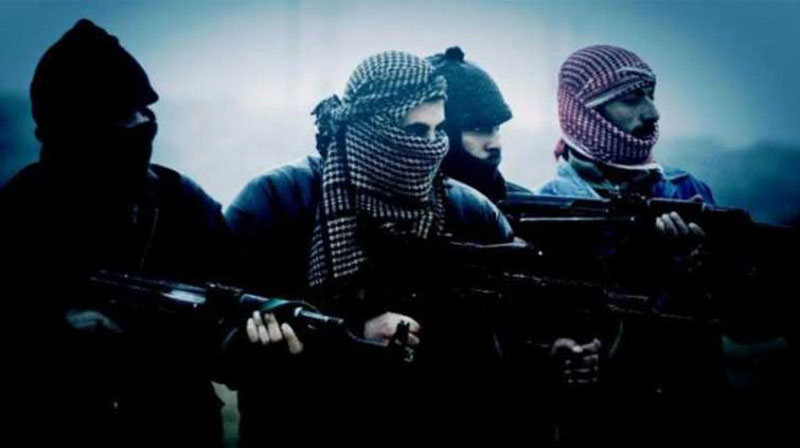 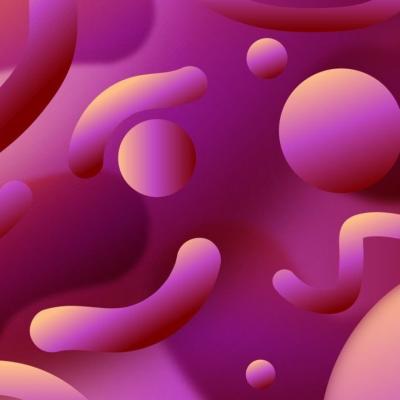 Scientists have created an AI system capable of generating artificial enzymes from scratch. In laboratory tests, some of these enzymes worked...... 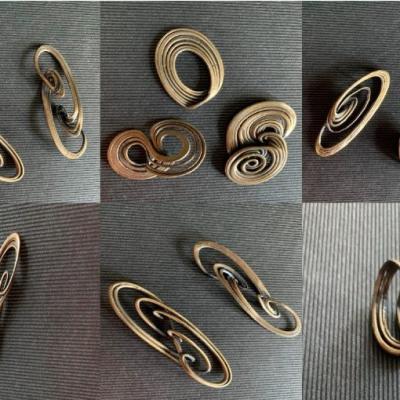 A Butterfly Flaps Its Wings and Scientists Make Jewelry

WASHINGTON, Jan. 24, 2023 – The further out in time, the more unreliable a weather forecast. That’s because small variations in initial...... How plants can inspire new ways to extract value from waste

Scientists from The Australian National University (ANU) are drawing inspiration from plants to develop new techniques to separate and ext...... 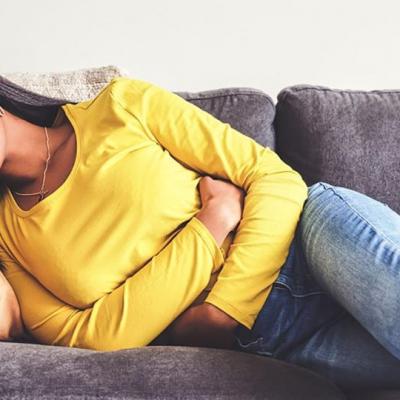 Gut microbiome and its products promote endometriosis in animal model For over 100 years, biologists have wondered why animals display different types of life cycles. Some species, like us humans and most vertebr...... Leading experts from several scientific disciplines find flaws in studies that suggest the existence of a “foetal microbiome.”Scientific...... Gum infection may be a risk factor for heart arrhythmia, researchers find

Periodontitis, a gum disease, can lead to a litany of dental issues from bad breath to bleeding and lost teeth. Now, researchers at Hiroshima...... In the age-old battle against mosquitos, DEET has proven effective at keeping this nemesis at bay, but the repellent is smelly and its protect...... 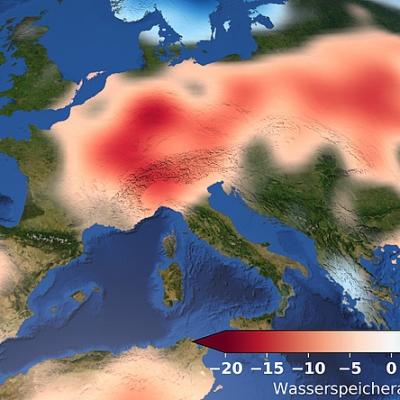 Europe has been experiencing a severe drought for years. Across the continent, groundwater levels have been consistently low since 2018, even...... 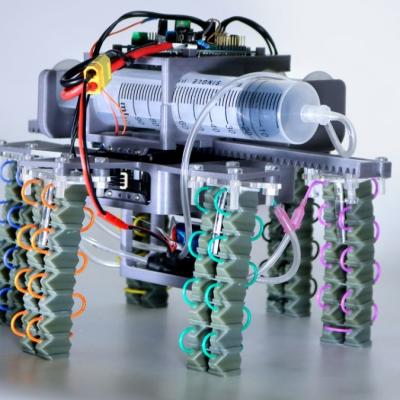 One of the virtues of untethered soft robots is their ability to mechanically adapt to their surroundings and tasks, making them ideal for a...... 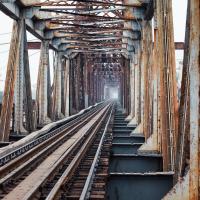 Every year, the United States spends nearly a trillion dollars fighting metallic corrosion, an electrochemical reaction that occurs when...... UNIVERSITY PARK, Pa. — A soldier suffers a serious gunshot wound on a remote battlefield or a machinist has a work accident and gets stuck...... Rather than disposing of batteries after two or three years, we could have recyclable batteries that last for up to nine years, by using...... 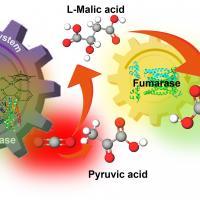 Researchers have experimentally demonstrated, for the first time, a mechanically flexible silver mesh that is visibly transparent, allows...... 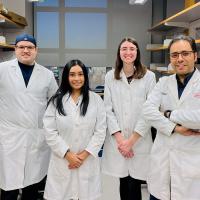 In a new breakthrough, researchers at the University of Copenhagen, in collaboration with Ruhr University Bochum, have solved a problem that......